The Earthshot Prize is heading to Boston in December 2022 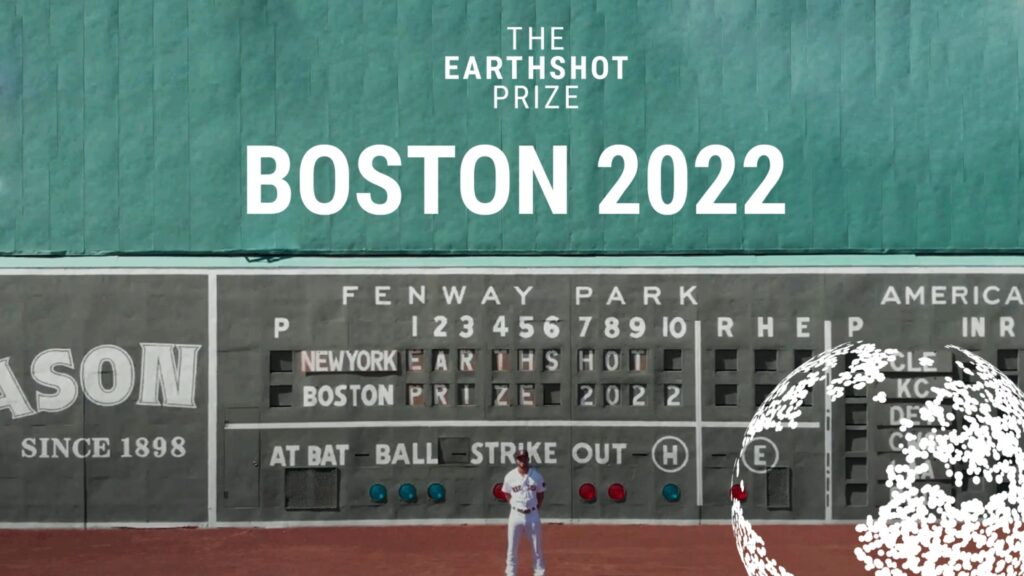 We are delighted to announce that The Earthshot Prize 2022 has selected Boston as its host city for its second annual awards ceremony.

The ceremony, which will be broadcast to a global audience, will be held in early December 2022 and will celebrate this year’s cohort of 15 incredible Finalists from around the world, each representing a groundbreaking solution to repair our planet.

We’re excited to be working in partnership with The John F. Kennedy Library Foundation alongside Mayor Michelle Wu and the City of Boston as we head to this inspiring city and can’t wait to celebrate Boston given their own work on addressing the impacts of climate change and building a resilient future for all who live there.

Mayor Wu’s administration is committed to making Boston a Green New Deal city by leading the charge to mitigate the threats of climate change while transitioning to a thriving green economy. Within Mayor Wu’s first few months in office, she has signed her first ordinance to divest City-funds from the fossil fuel, tobacco, and private prison industries, and has taken transformative steps to enhance connectivity in Boston while reducing greenhouse gas emissions.

Speaking of The Earthshot Prize coming to the City of Boston, Mayor Wu said:

“We are honoured and excited that Boston has been selected to host the 2022 Earthshot Awards. This is an opportunity to shine a global spotlight on our efforts to combat climate change and demonstrate that, together, we can meet the urgency this moment demands with innovative solutions that protect our planet and future generations.”

The announcement comes on the anniversary of the moon landings – the realisation of President John F. Kennedy’s ‘Moonshot’ which acts as a constant source of inspiration to The Earthshot Prize given its belief in the power of human ingenuity.

“There is no more important Moonshot today than repairing the planet and no better place to harness the Moonshot spirit than the City of Boston.”

Each year, we look to find and grow the solutions that have the power to repair and regenerate the planet.

This year’s award ceremony will do just that; celebrating our fifteen inspiring global Finalists and award five Winners of The Earthshot Prize; each of whom will go on to win £1million to help grow their solution.