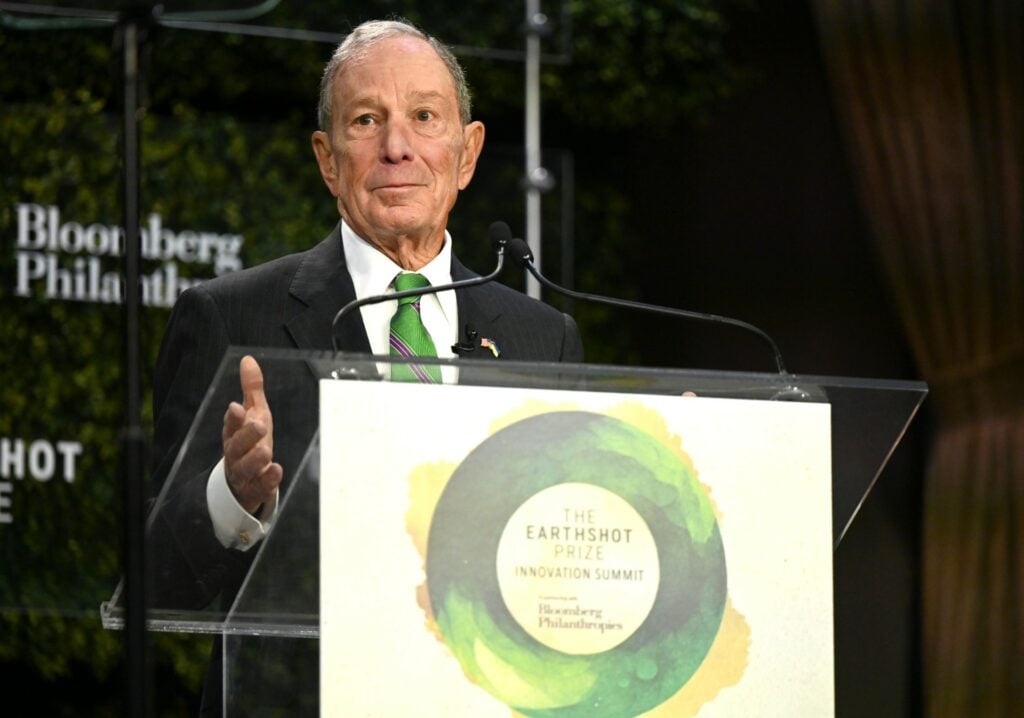 Today, The Earthshot Prize and Bloomberg Philanthropies co-hosted The Earthshot Prize Innovation Summit in New York City. The Summit focused on driving systems-changing climate solutions to repair our planet by bringing together heads of state, government leaders, philanthropists, business executives, and grassroots climate activists from around the world to showcase, replicate, and scale the groundbreaking solutions needed to tackle the world’s most pressing environmental challenge.

In a pre-recorded speech, His Royal Highness Prince William, the founder of The Earthshot Prize, said, “Protecting the environment was a cause close to my Grandmother’s heart, and I know she would have been delighted to hear about this event and the support you are all giving our Earthshot Finalists, the next generation of environmental pioneers.”

“These pioneers exemplify the leadership needed in this decade of change,” he continued, describing the inaugural Earthshot Prize winners. “They include inspiring activists, brilliant innovators, a forward-thinking city, and even an entire country making a real difference. But they cannot do it alone. This must be a team effort. We must come together behind their innovative solutions to ensure they reach their full potential with pace and scale. We must collaborate in new ways, and we must be courageous.”

In his opening remarks, Michael R. Bloomberg, UN Secretary-General’s Special Envoy on Climate Ambition and Solutions and Global Advisor to the Winners of The Earthshot Prize said, “When you’re pushing big goals, there are no small jobs. Everyone has a role to play – and every role is important. That spirit is what took us to the moon – and it’s what will make it possible to save the Earth from climate change. Today, we have the opportunity to celebrate innovators who are leading the way. They are taking on hard challenges, like reforestation, carbon renewal, coral restoration, turning sanitation waste into organic fertilizer, generating hydrogen power, and reducing food waste. At Bloomberg, we’re glad to support them every step of the way.” 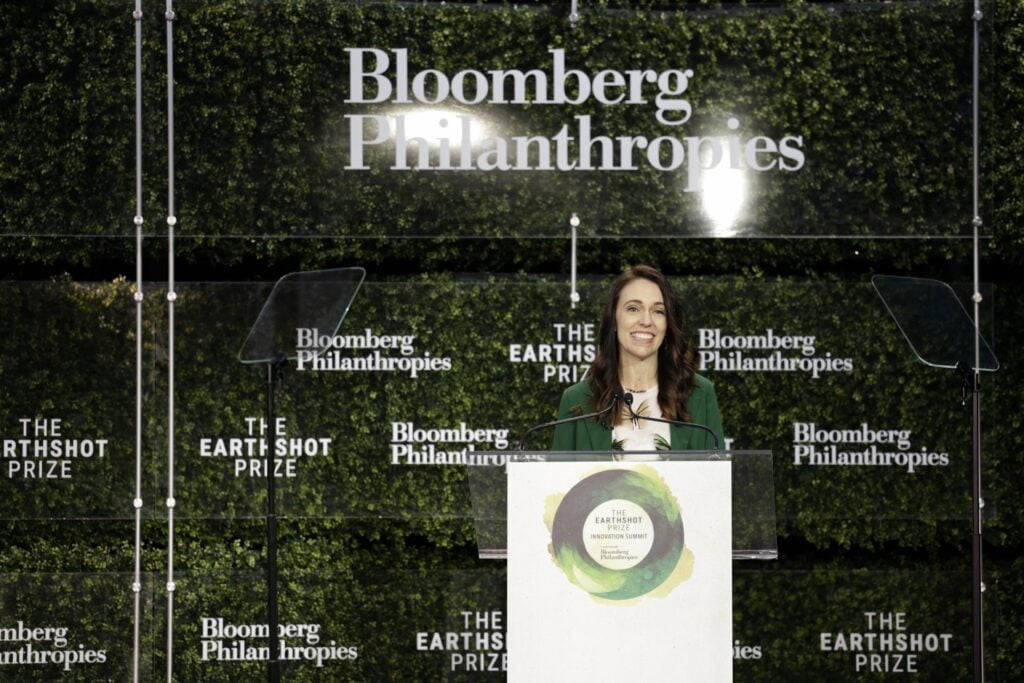 “While political action is essential to achieving sustainable development goals, civil society and the private sector have an equally important role to play, especially in generating innovative approaches. The Earthshot finalists today – you embody this,” New Zealand Prime Minister Jacinda Arden said.  “We cannot expect environmental innovations to happen in a vacuum, nor for good ideas to create change if they’re not supported to flourish. We can all and should marvel at the ideas we see here today. But let us also remember that we have a role in helping pave the way for them as kaitiaki, guardians, because our children expect nothing more.”

Through various announcements, Bloomberg Philanthropies committed more than $20 million through direct grants, co-funding, and other efforts to  support the success of the inaugural Finalists and Winners of The Earthshot Prize 2021, including:

Beyond the new investment from Bloomberg Philanthropies, the inaugural Winners and Finalists networked with more than 200 global business, tech, environmental and investment leaders – including executives from Morgan Stanley, Salesforce, Mastercard, and Goldman Sachs, as well as a global network of climate philanthropists – and discussed the strategies and resources required to scale their solutions at speed. In bespoke pitch events aimed to unlock additional investments, they also presented their solutions to venture capital firms and investors with more than $70 billion in assets, including 2150, Coatue, Kleiner Perkins, Lowercarbon Capital, Ramez Naam, Reign Ventures, Third Sphere and Union Square Ventures. Going forward, the Winners and Finalists will have access to BloombergNEF, a strategic research provider covering global commodity markets and disruptive technologies driving the transition to a low-carbon economy.

In a conversation with Antha Williams, who leads Environment Programs, Bloomberg Philanthropies, Vidyut Mohan, Co-Founder and CEO, Takachar, The Earthshot Prize Winner said, “The Earthshot Prize really helped capitalize a lot of key partnerships and collaborations over the past few months. We have been speaking to a lot of state governments within India and also here in the US, and in Canada. In the Pacific Northwest, where we’re working with Indigenous communities there to set up our equipment and process forestry residues that lead to forest fires and also create local jobs there. So it is like two connections within the government and catalyzing developments of our equipment there and also partnerships with various corporations who can play their own role in taking or being an offtake buyer of the output from the machine.” 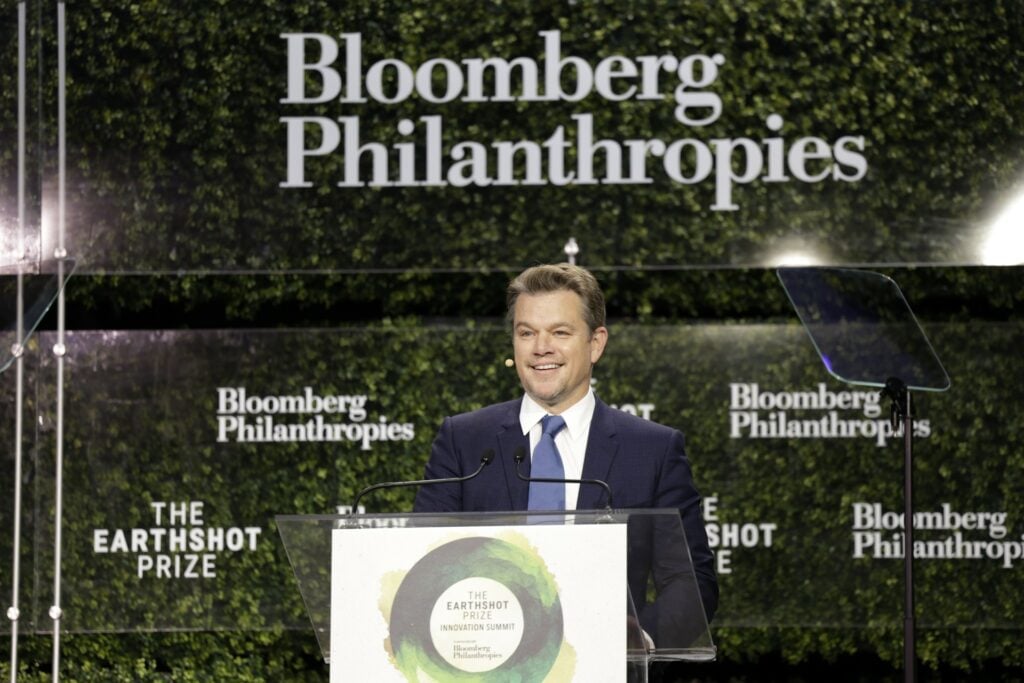 Actor Matt Damon said, “I’ve seen firsthand the potential that a breakthrough idea can hold. And if we start seeing more of these transformative solutions across all the challenges facing our planet, and suddenly our Earth shot won’t seem so improbable.”

Just as President John F. Kennedy’s Moonshot united millions of people around the goal of reaching the moon, The Earthshot Prize aims to catalyze a new wave of sustainable innovation and champion the eco-innovators in making the seemingly impossible, possible in this decade. Fittingly, Boston will host the second annual awards, and today’s event kicked off the official countdown to the 2022 Earthshot Prize awards in Boston in early December 2022.

“My family and I are so excited that the Prince of Wales will honor this year’s Earthshot Prize winners – in partnership with the John F. Kennedy Library – in Boston, a city that is committed to scientific excellence, environmental justice, and the fight against climate change,” said The Honorable Caroline Kennedy, U.S. Ambassador to Australia. 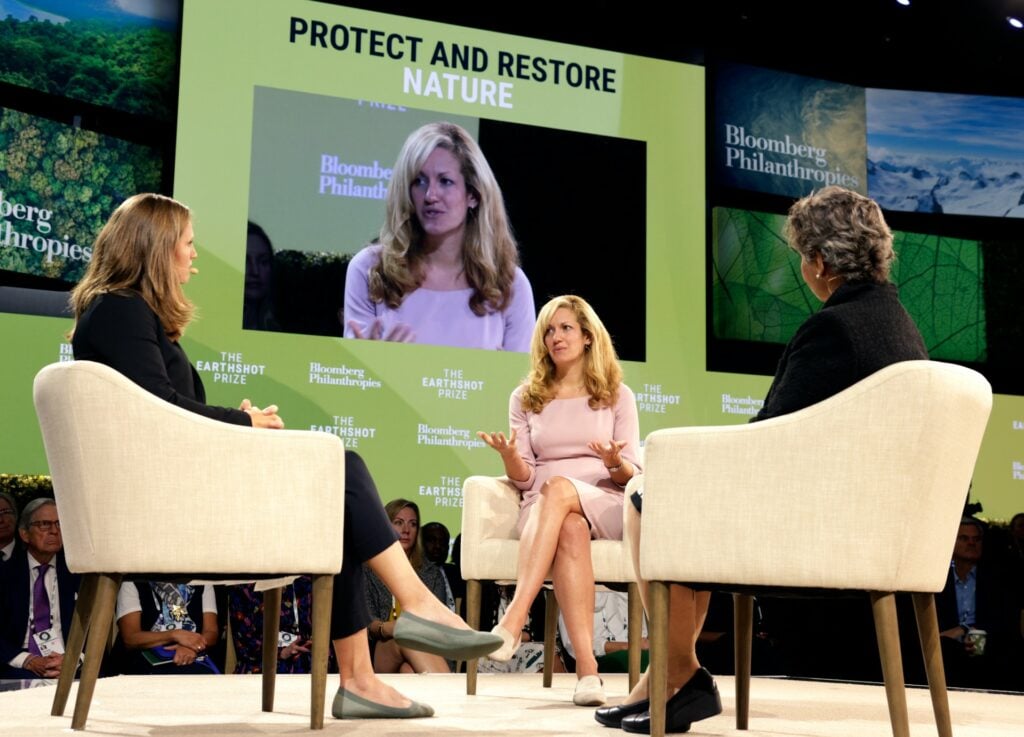